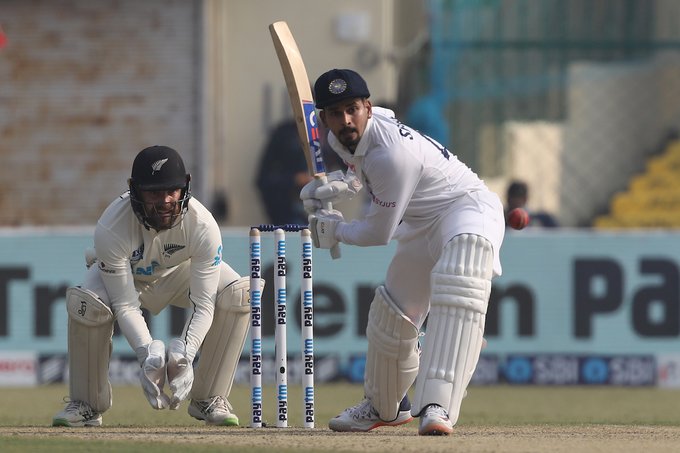 New Zealand managed to hold India down to a thrilling draw in the first Test of the two-Test series at the Green Park Stadium, Kanpur on November 25. It should have been an honourable draw for both teams, but with points being accrued for the World Test Championship, India was on the backfoot in the end. New Zealand earned four points for the draw, as did India, but having been forced to draw as hosts, India also lost 8 points.

The Indian team played without its regular captain, Virat Kohli, who has been rested. He will join the team as skipper in the second Test in Mumbai, starting December 3. For the first Test Ajinkya Rahane was captain. Suryakumar Yadav replaced KL Rahul in the squad. Rahul has sustained a muscle strain on his left thigh and has been ruled out of the Test series. This was also Shreyas Iyer’s debut Test.

In their second innings New Zealand scored 165 for 9 before India ran out of time. Jadeja and Ashwin took 4 and 3 wickets, respectively. Ashwin (418 wickets) displaced Harbhajan Singh (417) as the third highest Indian wicket-taker in Tests, behind Anil Kumble (619) and Kapil Dev (434).

Shreyas Iyer was Player of the Match.